“” I think I should cry over her death, but I just can’t”
“I still thank her for everything she gave me…”

It is just another simple story set in a corner of a world. Lives fade, lives continue, live to go beyond … and something that’s forever – Love.

An old lady leaves the world soon; a child has a future with thousand possibilities. In this animation, I would like to go back to the basic – a very simple story about the affection between two individuals.

I mostly relied on 2D hand draw animation to show the delicate changes of facial expression on human faces and the body languages.

This animation was mostly done with the software Adobe Photoshop. My style approach is watercolour liked shading with a feeling of real painting media. This software was convenience and flexible enough for me to execute that style I wanted.

The Old Lady
The butterfly appears in the beginning is a hint of the old lady’s death in the end – Her spirit flies away as her life fades – but not before she passed everything or taught everything to the child- in her own way.

The Child –
She took care of the daily activities of two, who realized her a robot until the day she couldn’t cry for her master’s death.
Why does the child have to be a robot? –
Actually, I don’t really care about what the child is – she can be anything. The point of the animation is, to love something or someone real has no reason, no matter its/his/her identity. Love is just the ultimate thing that crosses every boundary. Love brought them together, that’s it.

Books, lots of books –
I kinda projected my mother’s image onto the old lady. Yes, she read lots of books too, and reading to me a lot , which is probably a thing that many parents don’t do nowadays.

The cliff –
Staying beside a cliff can mean two things – in a negative way is you are going to end your life, in a positive way is you are reviewing your past, to comfort yourself or to find new inspiration, turn back and then go on with your life, to go beyond (notice the direction of camera panning in the last scene) . That’s why the cliff scenes were made and appeared twice.

The expression of characters –
I mostly relied on 2D hand draw animation to show the delicate changes of facial expression on human faces and the body languages.

Motion –
I used everything I can get a hold on to help me with the motion part of this animation – from shooting continuous photos, place a mirror by side and do the motion, or collect photos to study how human figures look in different perspectives… Then I drew the sequence of motion on layers in Photoshop’s.

Colouring –
After finishing the motions in outlines, the animation was painted in Photoshop. I used the wet media brushes to resemble a thick watercolour style with brushes of different opacity or blending mode. Those brushes gave a nice touch in texture.

Since I didn’t go for simple cell shading, I had quite a hard time to stabilize the shading throughout the frames. At last I did the shading in this way – put all the frames on same layers, coloring them in a style of factory production line. I found that it was pretty amazing to keep the shading not to jump too much among frames, but they still have a slightly different.

Style and approach –
Maybe my illustration style is a bit close to the Japanese’s’ style, yes I admit that I got so much inspiration from them.
Looking at the animation again – a slender and elegant, partly being realistic – is the style I wanna achieve when I draw.

Music –
At last it came out with a piece of piano music composed by me on my old piano. I played few songs impromptu – freely and without any written score, but stick to the same rough melody that is in my head for long time. After that I extracted 3 minutes from the songs I played (around 30 minutes in total.). You may hear some wrong notes inside, well, something that’s “handmade” can’t be all prefect. Since this animation got no conversation at all, but with the music I play I felt like I was the voice over. I was pretty surprised by how the music enhanced the mood of the animation – when my animation is not something filling with exciting or thrilling movements in every single second.

Naturally the original story was a bit more complex, and it was being dramatically extracted to a smaller scale (and a bit incomplete) after further consideration – cause I really wanted to go with a very detailed vision style. ,. Not until I did my very final rendering – the time proportion of different part of story – the rhythm of the moving of story is very strange, the ending is a bit too rush.

It was a pretty bad habit that I always set the standard too high before, at last when I wasn’t able to achieve. I felt totally depressed and something what I called a “Painter’s block” happened, making the situation even worse.

I also debated for quite some time about the vision style if I should make this animation without any outline, or even in a more abstract aspect.

Most of my time spent on coloring, which I never thought of before; I wish I had put more time on the animated parts. 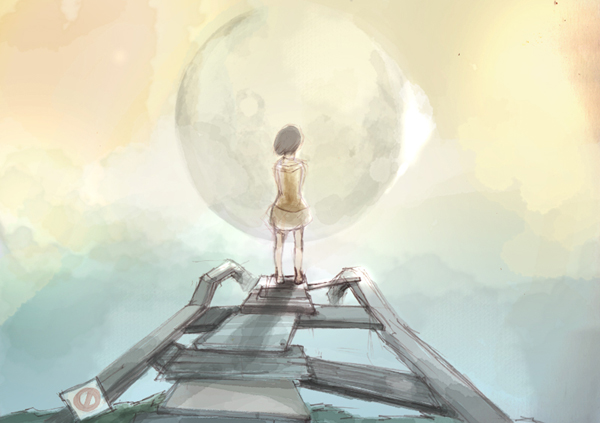 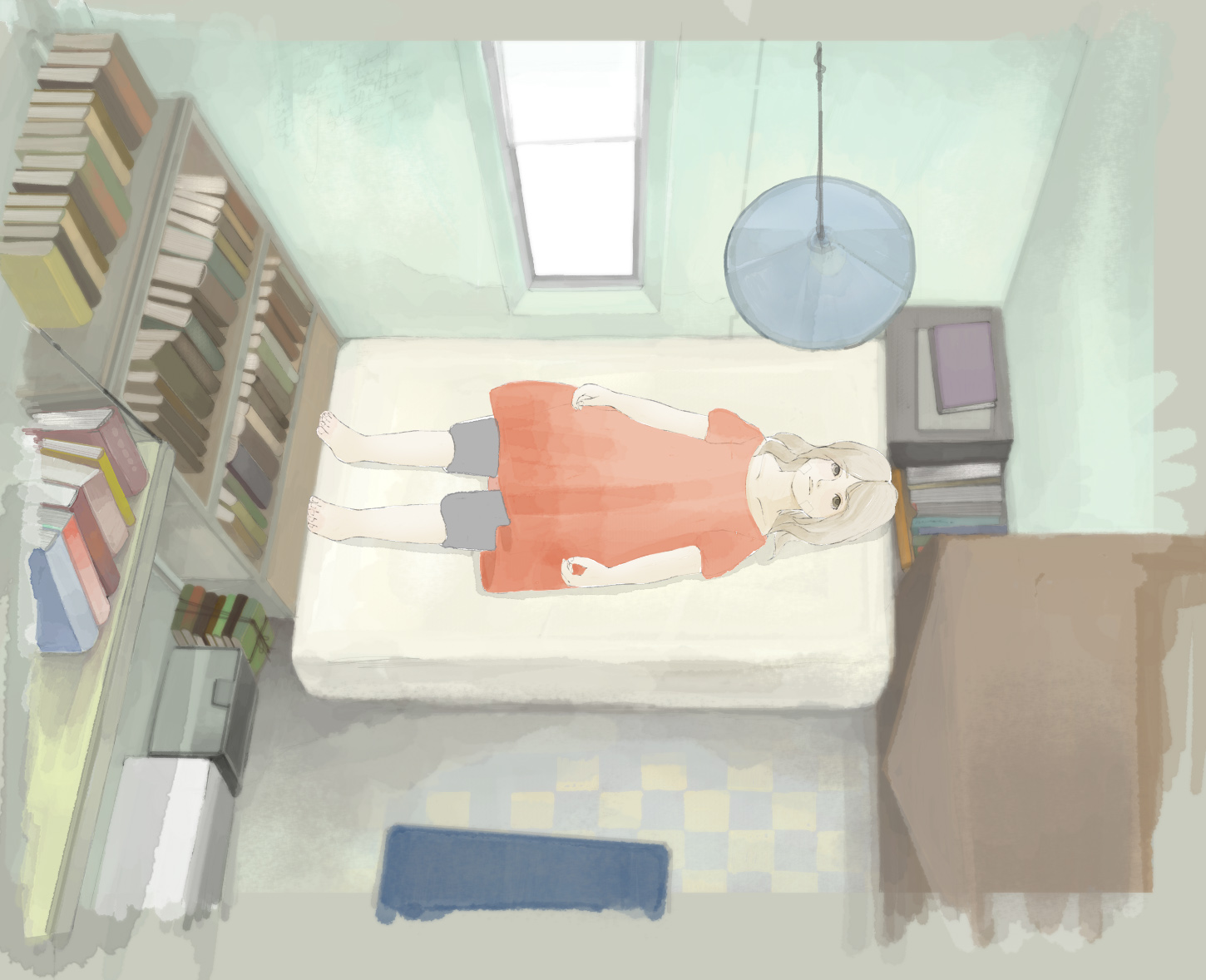